Donate canned food, get free tickets to both Ram basketball games on Dec. 4 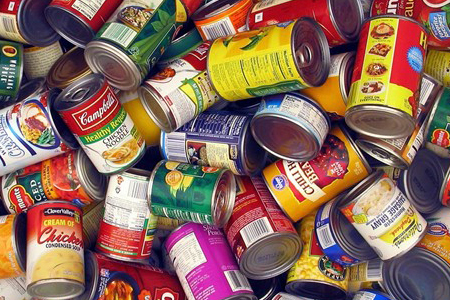 As part of the Sooner Athletic Conference (SAC) Gives Back Food Drive, the Rams will be offering free admission to their home basketball games against the Oklahoma City University Stars (OCU) on Dec. 4 with any canned food donation.

At 6 p.m., the Lady Rams tip-off with the defending NAIA Division I national champion Stars. The Lady Rams are back home after a five-game road trip against NCAA competition. During that stretch they notched key wins at NCAA Division I Incarnate Word and NCAA Division II Oklahoma Christian.

Following the women's game, the Texas Wesleyan men face off with OCU in a rematch of the 2006 NAIA Division I National Championship game won by the Rams. Currently at 8-0, the Rams are off to their best start since the 2010-11 season.

Both games will be played in the Sid Richardson Center.

The holiday season food drive is being conducted by teams throughout the SAC.