Eugene Frier reelected to Esports Board of Directors 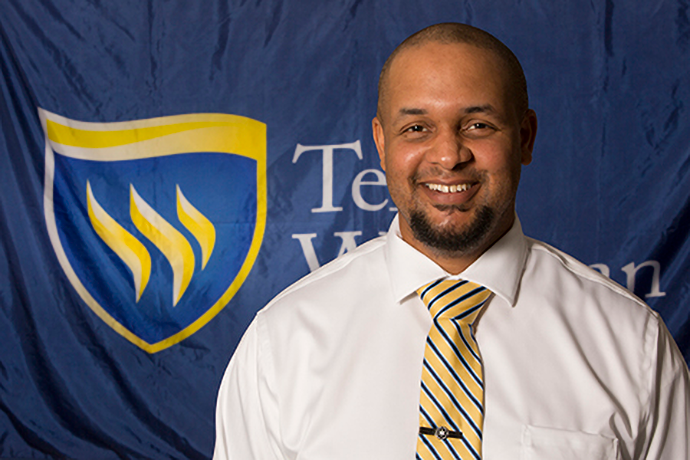 On Thursday, July 21, Texas Wesleyan Director of Esports & Gaming Eugene Frier was elected to continue serving on the board of directors for the National Association of Collegiate Esports (NACE). This will be Frier’s second term on the Board of Directors, having previously served as chair from 2019-2021 and as an advisor from 2021-2022.

Current NACE Board of Directors Chair Joey Gawrysiak, Ph.D. had this to say about Frier’s appointment:

“We are excited and lucky to have Eugene back on the Board of Directors. It shows his leadership qualities and respect he has from his peers to be elected for a second time. His expertise and knowledge in higher education and esports has already proven valuable over the last 3 years, and his continued service will be instrumental in helping to shape the future of NACE and esports for institutions and students around North America.”

NACE is a collegiate esports membership association comprised of over 200 institutions in the United States and Canada. The board of directors consists of 10 elected members who are for responsible initiating operational policies and overseeing all fiscal matters of NACE, as well as the supervision of the NACE Executive Director. There were five vacancies at this election and Frier was one of two previous Board members reelected.

Current NACE Board of Directors member and President & CEO of the National Association of Intercollegiate Athletics (NAIA) Jim Carr had this to say about Frier’s reappointment:

“I was thrilled to learn that Eugene was re-elected to the NACE Board. During his previous term, he was instrumental in the growth of the association and served as a valuable mentor to NACE staff. He has a really unique way of driving results and effecting change while also making sure those around him feel valued in the process. I look forward to working with him and the rest of the board during this exciting time for NACE.”

At the convention, Frier also had a piece of legislation he wrote pass which will lead to the creation of a Student Development Committee for NACE. Frier hopes this new leadership group will help provide theory-based guidance and toolkits to member institutions to help better serve students on campus across the association.

The National Association of Collegiate Esports (NACE) is a nonprofit membership association organized by and on behalf of member institutions and is the largest association of college esports in North America. Together, NACE members are developing the structure and tools needed to advance collegiate esports in the varsity space.