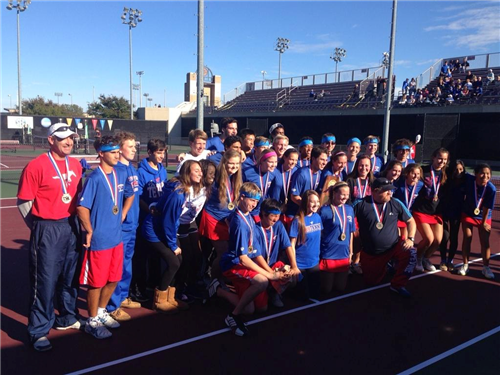 On his way to heading up the new women's tennis program at Texas Wesleyan, head coach Angel Martinez has added a UIL 5A state championship to his incredible resume.

Martinez's Grapevine High School Mustangs defeated Boerne Champion 10-3 in the state finals on Friday, Nov. 7. In a dominant performance by the Mustangs, two of their three losses came in narrow three-set contests.

Between GHS and Cedar Hill High School, Martinez built a high school coaching record of 640-106 with 19 district championships. He was named USPTA Texas High School Coach of the Year for the third time last year. He was also awarded USTA Starfish National Coach of the Year honors in 2009.

Martinez is actively recruiting a brand new squad at Texas Wesleyan. The Lady Rams, who have not fielded a team since 2002, will begin competition in the 2015-16 season.