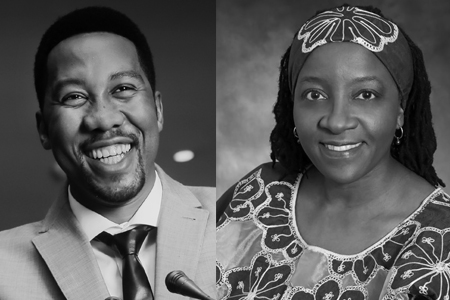 Ndaba Mandela, grandson of Nelson Mandela, and Naomi Tutu, daughter of Archbishop Desmond Tutu, will be the speakers at this year’s Willson Lectureship.

This is the first time the two human rights activists, whose forefathers ended apartheid, have presented together.

"Mandela and Tutu, together on stage for the first time, is going to be a historic occasion," President Frederick G. Slabach, said. "We are delighted to present this once-in-a-lifetime opportunity to our students and entire University community."

Ndaba Mandela and Naomi Tutu are global leaders who carry the legacy and message of their forefathers by advocating for inter-religious and inter-race reconciliation and justice in South Africa and across the globe.

The lecture, titled Continuing to Strive for Truth and Reconciliation, will begin at 7 p.m. in Martin Hall. Mandela and Tutu will each deliver a 30-minute speech, followed by a question-and-answer session with the audience. The event is free and open to the public. Doors open at 6:30 p.m.

"We wanted to make this year’s Willson Lectureship one of our most impactful ever, as a tribute to our students and to our 125th anniversary," Slabach said.