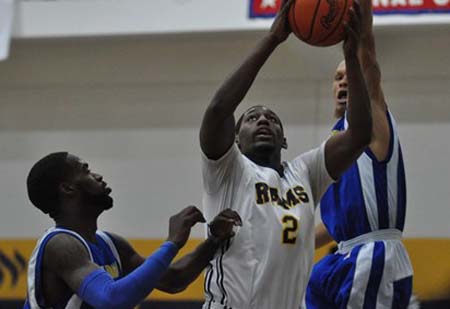 "I am really excited about the opportunity and move into the Sooner Conference this year," Head Coach Brennen Shingleton said. "This is the elite basketball conference in the NAIA – the SAC has five different national champions in the past ten years. The competition level will be enormous and we will have our challenges night in and night out.

“We are fortunate to get some quality home games to start the year. I am extremely excited about getting started," he said.

Texas Wesleyan will host the first five games of the season, with the regular season opener on Nov. 2 against Southwest Adventist University. The next three games will be against RRAC members: Texas College (Nov. 4), Our Lady of the Lake (Nov. 6), and Paul Quinn (Nov. 11). The first home-game stretch ends with a match against Mid-America Nazarene (Nov. 16).

Later in the month the Rams will travel to San Antonio to take part in the Halo Classic, hosted by Our Lady of the Lake University on Nov. 22-23, before hosting the Clifford Classic right after Thanksgiving (Nov. 29-30).

Texas Wesleyan will play an exhibition game Dec. 17 against NCAA Division I Abilene Christian University at Moody Coliseum. The Rams won the last meeting against the Wildcats and own the series record between the two teams at 18-12.