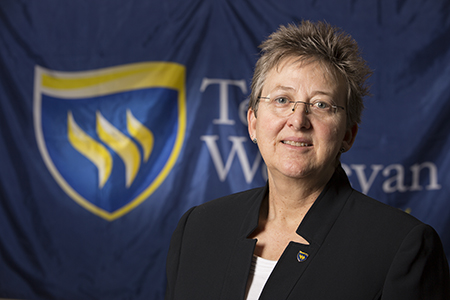 The Earl Brown Distinguished Faculty Award was established in 1986 to honor Texas Wesleyan Faculty who display quality in the areas of teaching, research, community involvement, college service, and personal integrity.

This year's Earl Brown Distinguished Faculty award is Professor Pamela Rast, Ph.D. Rast was nominated and selected by faculty. The award was announced at Awards Day on April 28 in Martin Hall and as part of this honor, Rast was invited to speak at this year’s Spring Commencement Ceremony on May 14, 2016.

The award was established by an anonymous donor to recognize the distinguished contributions of Dr. Earl Brown for whom the award was named, and who was its first recipient.

Past recipients of this award include: