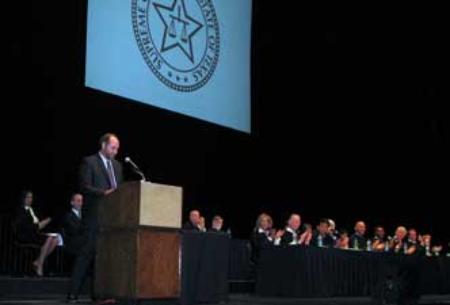 Daniel Denton, a December 2010 graduate of Texas Wesleyan School of Law, has earned the highest score on the February 2011 Texas Bar Examination.

Denton earned a bachelor’s degree in chemistry from the University of Texas at Austin and worked in pharmaceutical research for 10 years before attending law school at Texas Wesleyan. He graduated first in his class from the law school. Denton is currently clerking for attorney Albert Levy, and plans to establish his own law practice in Dallas, where he currently lives.