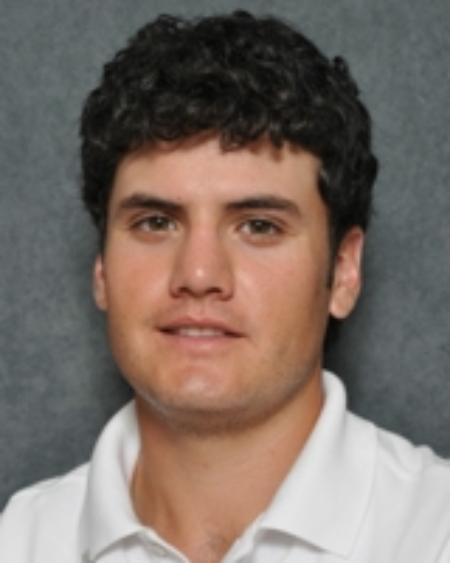 The NAIA has announced its 2011 Men’s Golf All-American teams. Texas Wesleyan University Armando Villarreal and Zach Monson were among those honored.

Villarreal became just the second Ram to earn All-American recognition in all four years, joining Texas Wesleyan and NAIA Hall of Famer Danny Mijovic (1980-83). Four other Rams, have earned the honor three times. Villarreal earned 1st-team accolades for the second season in a row and was also named NAIA Ping 1st-team All-American. Villarreal earned 2nd-team honors as a freshman and Ping 3rd-team honors as a sophomore.

Villarreal completed a tremendous career by setting the school’s single season scoring average record at 72.62 this year. The senior from Los Mochis, Mexico owns two of the top three seasons in school history after averaging 72.77 as a junior and ranks sixth at Texas Wesleyan in career scoring average at 73.92. In eleven events this year he notched six top-five finishes including two victories, both on the same course (South Padre Island Golf Course), winning UT-Brownsville’s Sen. Eddie Lucio Invitational and the Red River Athletic Conference Tournament.

In his first season with the Rams, Monson carded a season scoring average of 73.83 in seven events. In his first tournament at Texas Wesleyan he shot 66-68-134 to claim victory at Abilene Christian University’s Charles Coody Intercollegiate. He also contributed a round of 67 in the third round of the NAIA National Championship.

Texas Wesleyan finished ninth at the 60th Annual NAIA National Championship. This season, the Rams notched seven top-five finishes and three wins on their way to their 50th appearance in the NAIA National Championship in 57 years of membership in the association. In those 50 appearances, they have never missed the cut and finished outside of the top-ten on just three occasions. Their six national titles rank second all-time, while their nine runner-up finishes are a record.