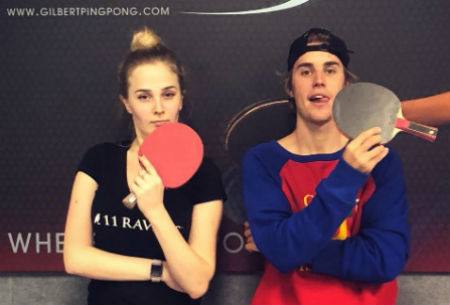 Rybka, originally from Ukraine, was a graduate student at Texas Wesleyan from 2014 to 2016. During her time at the university, the athlete won national titles in women’s doubles and contributed the women’s team national championship. She was also named the team MVP in 2016.

You can read about it in the Fort Worth Star-Telegram. The video was debuted on The Blast.

Rams table tennis has once again qualified for this year’s national tournament set for April 20-22, in Round Rock, TX. The program has clinched 13 coed national championships in 17 seasons and has taken over 30 titles under head coach Jasna Rather.