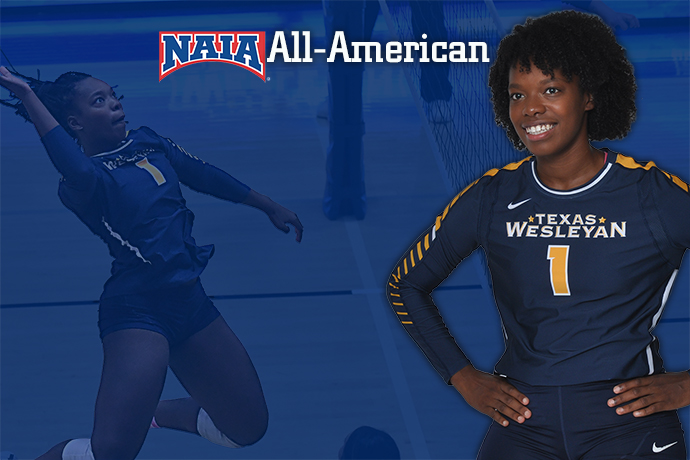 KANSAS CITY, Mo. – The National Association of Intercollegiate Athletics (NAIA) has announced the All-America selections for the 2019 Women's Volleyball season. Chastiny Brown was placed on the honorable mention team.

The winners were chosen by the NAIA Volleyball All-America Selection Committee. This committee is made up of NAIA-AVCA officers and the championship committee. Three teams are named, plus honorable mention.

Brown, a middle blocker from Houston, Texas, was instrumental in the team's return to the national tournament, leading the Lady Rams with 108 total blocks and 22 solo blocks. She was also second on the team in kills with 330, kills per game at 2.66, as well as hitting percentage at .270.

She has hit a career-high 14 kills in four different matches this season. Brown has also done the same in blocks, matching her career-high seven blocks in four separate matches. Her best performance was in a 3-0 win over Langston on Oct. 12 when she posted 14 kills and seven blocks. She hit .750 in a win over Central Christian on Oct. 11, tacking on nine kills with no errors on 12 attempts.

Brown is majoring in exercise science.