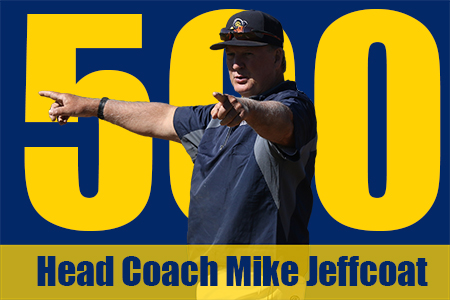 With the game one win, Head Coach Mike Jeffcoat reached a career milestone. The victory was the 500th of his Texas Wesleyan career.  Jeffcoat is the program's all-time winningest coach. His record now stands at 502-350-1 (.589) in 16 seasons.

Alex Lopez (4-1) picked up the game-one win. He worked all seven innings and was perfect through five. Bacone scored all four of their runs in the seventh, and Lopez finished with a line of four runs on five hits with seven strikeouts.