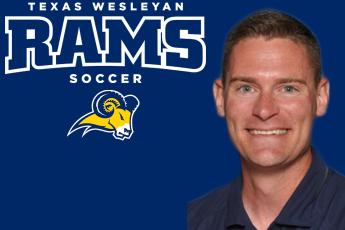 OKLAHOMA CITY – The Sooner Athletic Conference announced its All-Conference selections for the 2018 Women's Soccer season on Tuesday. Tameir Grosvenor was named Player of the Year, headlining a myriad of Texas Wesleyan awards. Amber Lechman was named Defensive Player of the Year and head coach Josh Gibbs took home Coach of the Year honors.

Head Coach Josh Gibbs was named SAC coach of the year. This is his third coach of the year award at the conference level – his first since the institution joined the SAC. The 13-year head coach hit a major milestone this season after his team earned an upset win over seventh ranked John Brown on Oct. 25 to give Gibbs career win number 150. He now sits at 152-74-12 for his career, and is the winningest women's soccer coach in school history.

"The coach of the year award is all about the players," said Gibbs on what it means to win the award. "I am incredibly fortunate to have an amazing group of young women in this program. I've never seen anyone win coach of the year with lazy, unmotivated, uncommitted players. That is why I say this is their award, and why I am so lucky and honored to coach this group of very special student-athletes."

Grosvenor is the first Lady Ram to win conference Player of the Year since Alejandra Barrera was named Red River POY in 2008. Grosvenor, a sophomore from Desoto, Texas, ranks first in the nation in game winning goals at 10. She leads the conference with 23 goals, scoring 1.35 goals per game, and 3.06 points per game.

Amber Leachman, a senior defender from Fort Worth, was named Defensive Player of the Year, managing a stout back line that holds a conference fourth best 1.12 goals against average. Leachman has been a stalwart for four years in a Lady Ram uniform.

Lauren Bond, a senior goalkeeper from Fort Worth, was also named first team All-Conference, alongside Grosvenor and Leachman.

Taylor Ross, a junior forward from California, and Cheyanne Moore, a senior midfielder from Oklahoma were both named second team All-Conference.

The Lady Rams finished the season as the SAC regular season champions with an overall record of 13-4-1 and conference record of 6-1-1. The team is currently ranked 19th in the nation. The last time the team cracked the Top 25 was Sept. of 2013 (22nd).

The Lady Rams now have 21 players all-time on the SAC all-conference list.

The Lady Rams were eliminated in the SAC tournament semifinal by JBU, 3-1.