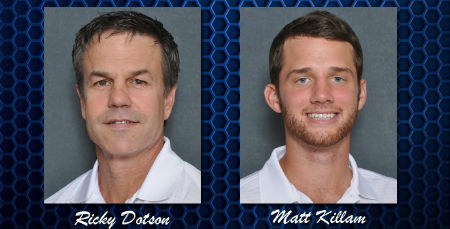 The first World University Championships were organized in Lund, Sweden in 1963 and are part of the events of the International University Sports Federation. The event at Golf Club De-Brive is expected to feature around 20 nations. Spain is the defending champion in the men's tournament.

"It's an unbelievable honor to coach the U.S. National Team," Dotson said. "For me, the opportunity to represent my country in a world event is something I always wanted to do, but realistically never thought would come about. The entire process has been a special time.”

Dotson selected three players to compete for Team USA including Matthew Killam, a junior at Texas Wesleyan out of Watauga, Texas. He will be joined by J.D. Lehman from the University of Louisville and Austin Sverdum from Embry-Riddle University.

"My opportunity is the result of a lot of people's support and help," Dotson continued. "Coach [Bobby] Cornett and the golf program at Wesleyan have been amazing in their assistance and encouragement. The high regard with which the Texas Wesleyan Golf Program is held had a lot to do with my selection as coach, and I will forever be grateful for what I am being allowed to do.”

Texas Wesleyan Men's Golf is the most storied program in the National Association of Intercollegiate Athletics (NAIA). In 61 years of membership, the Rams have qualified for the NAIA National Championship 54 times and posted 51 top-10 finishes. Their six national titles are the second most by any one institution while their 10 runner-up finishes are an NAIA record.