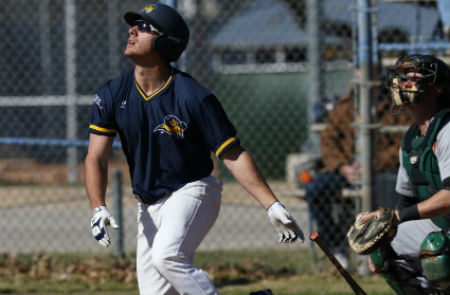 The Texas Wesleyan University Baseball team has been picked sixth in the Perfect Game NAIA Preseason poll. The Rams are set to begin their 2018 campaign Feb. 3.

Faulkner University (AL) topped the poll after going 54-12 and finishing as the 2017 NAIA national runner-up. Oklahoma City, Bellevue, St. Thomas-Florida, and Tennessee Wesleyan round out the top-five.

The Rams, who were picked 23rd in the NAIA Preseason Coaches' Poll, were rated as high as 12th last year on their way to a 47-15 record. The team finished second in the Sooner Athletic Conference (SAC) standings, reached the SAC Tournament final, and advanced to the NAIA National Tournament Opening Round.

The listing features three SAC squads in No. 2 Oklahoma City, No. 6 Texas Wesleyan and No. 12 USAO.

The Rams ended last season successfully, not only on the field, but also in the classroom. The Rams put up 20 2017 SAC Commissioner's Honor Roll student-athletes.