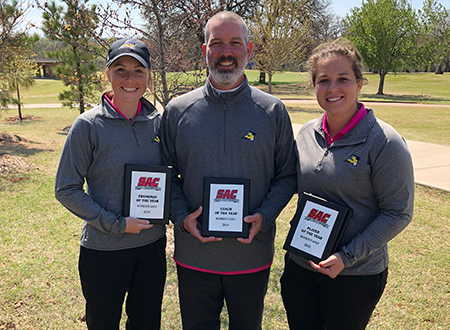 All-Conference distinction was reserved for only the top-five players in the league as voted upon by the SAC’s nine head coaches.

Alex Schies made history by becoming a four-time SAC Player of the Year. She currently leads the NAIA with a season scoring average of 73.86, which if the season ended today, would best her own school record (75.54) by nearly two strokes. In nine tournaments this season, Schies has finished in the top-5 seven times including four wins, winning back-to-back tournaments on two separate occasions. Over the weekend, she won her second consecutive SAC Individual Championship while leading the Rams to their first title. It was the eighth career tournament victory for the three-time 1st-team NAIA All-American selection.