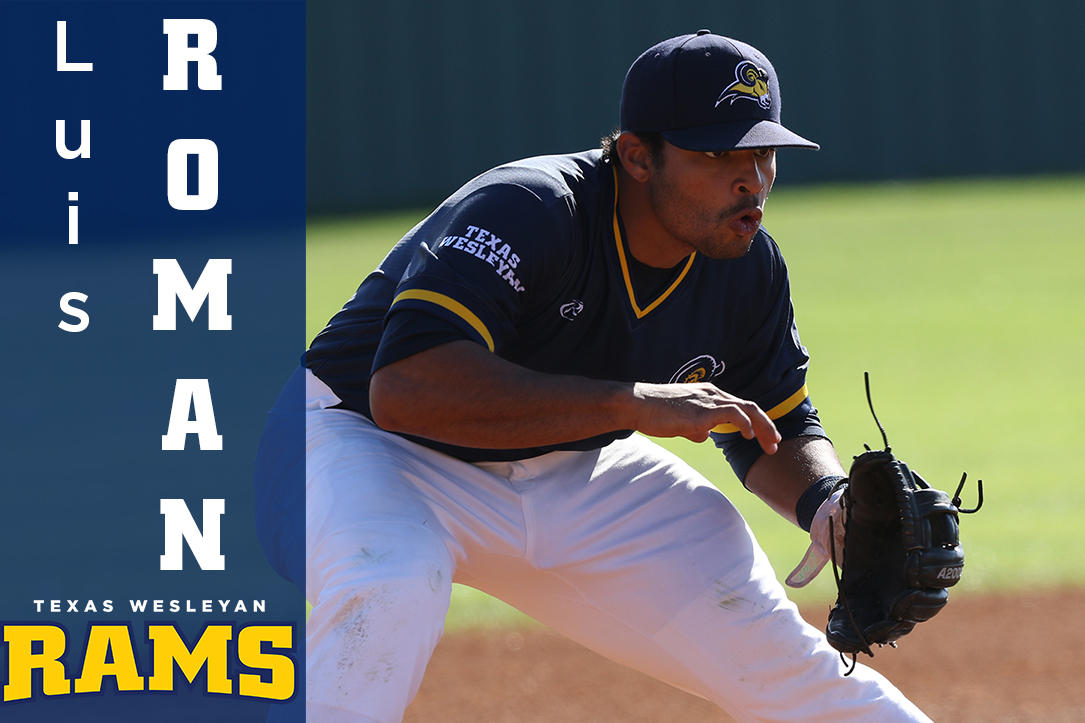 Texas Wesleyan University’s Luis Roman was selected in the 23rd round of the 2017 Major League Baseball Draft by the San Diego Padres on Wednesday, June 14.

Roman, a third baseman out of Ponce, Puerto Rico, had a tremendous season in which he batted .370 with 17 home runs and 68 RBI while providing stellar defense at third base. His 17 home runs were the most by any Texas Wesleyan player in the last 15 years and ranked second in the Sooner Athletic Conference. He ranked 23rd nationally in home runs and 22nd in RBI.

“Luis is arguably one of the best players we have ever had here at Texas Wesleyan,” commented Head Coach Mike Jeffcoat, a 10-year MLB veteran himself. “I think Luis is a potential four-tool player.  He can hit for power and average, field and throw, and he runs well for a big man as well. I think he has a lot of upsides, and I look forward to seeing how well he progresses and how quickly he moves up, and hopefully one day we will see him play on TV in the big leagues.”

Roman was taken with the third pick of the 23rd round and 678th pick overall by the Padres. As a senior, he led the Rams to one of the program’s best seasons. The team notched the program’s third-highest win total all-time with an overall record of 47-15 and reached the NAIA National Tournament Opening Round for the fifth time. During the National Tournament run, Roman batted .438 (7-for-16) with two doubles, two home runs, and seven RBI in four games.

Roman is the 41st Texas Wesleyan player to be selected in the MLB Draft all-time, and the first since Henry Yates (9th round, Los Angeles Dodgers) and Cory Bafidis (18th round, Washington Nationals) were both taken in the 2013 MLB Draft. He is the fourth Ram to be drafted during Jeffcoat’s 16-year tenure and will be the sixth to play affiliated baseball – Ryan Riddle (St. Louis Cardinals, 2007) and Hayden Lackey (Detroit Tigers, 2008) both signed as free agents.

Texas Wesleyan has had two players reach the Major Leagues: Jeff Moronko (Cleveland Indians, 1984, New York Yankees, 1987) and Tris Speaker who spent the majority of his 22-year Hall of Fame career (1907-1928) with the Boston Red Sox and Cleveland Indians.