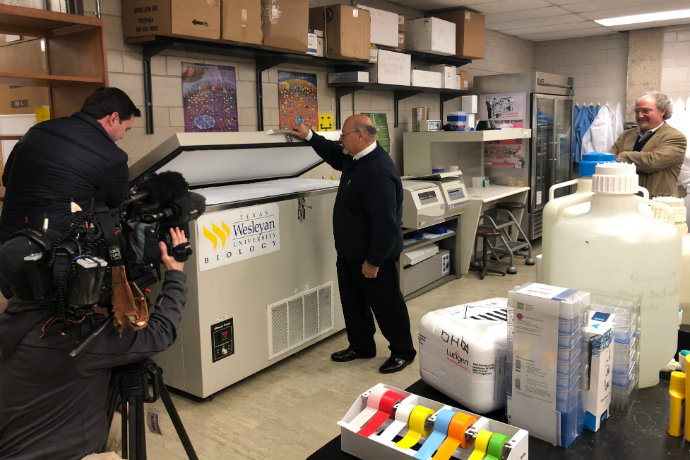 While the extreme cold in the northern United States hasn't reached us in North Texas, there are some spots here that can be that cold. That includes here at Texas Wesleyan!

Ricardo Rodriguez, dean of the School of Natural and Social Sciences took WFAA on a tour of one of  two ultra-low freezers housed in the Ella C. McFadden Science Center.

Temperatures inside can get as low as -112 degrees fahrenheit!

"Rodriguez braved the temperatures to pull out a package of specimens, a rare bacteria that was discovered in a Mexican tomb by a Texas Wesleyan professor and his students," WFAA said in its online version of the story. "It has been on ice, carefully preserved for research for years."