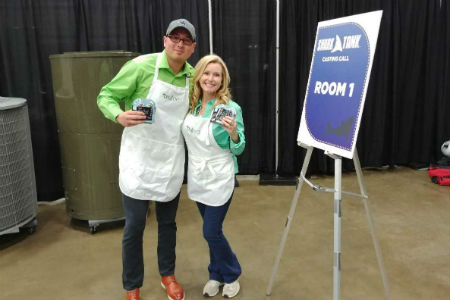 During his time in the class, Lee focused on a project that was aimed at navigating businesses and overcoming barriers specifically for women entrepreneurs.

"We found that we wanted to partner with women entrepreneurs because research indicated the success statistics lag behind their male counterparts," said Lee. "We wanted to be able to make an impact on these statistics by helping women navigate potential barriers to success. During the class, we partnered with a woman entrepreneur named Sherry Lee White and her company Truelee."

Lee alongside the Enactus Team researched Trulee’s target market and created a strategy to ship their healthy treats nationwide. At the end of the semester, Lee went to work with White full-time.

"I decided to exit my full-time internship at the Fort Worth Chamber of Commerce and go to work with Sherry," said Lee. "I oversaw the social media marketing and was able to help digitally market their products through influencer marketing.”

"When we started this project Truelee had about nine stores, fast-forward to today and we have over 100."

Dr. Meghan Wright spoke highly of Tommy Lee and his work with Truelee.

"Tommy ended up staying with Trulee even after the class ended," said Wright. "Tommy was very invested in the company and their product, he has been a great person to partner with Sherry.."

The story does not end here for Lee and the Truelee Company. A few weeks ago they attended an open casting call in Dallas, TX, for the hit TV show "Shark Tank".

Lee says the casting directors were showing real interest in their product.

"It was supposed to be a short business pitch when we met with them," said Lee. "We were in there much longer than that. They were really digging our product and Sherri’s story. By the time it was over, the casting directors were in there hugging her.”

"They gave us a callback and the next step is just a very long interview process."

Although the “Shark Tank” process is very long, Lee looks forward to the future of the company and wants to continue to be a part of Truelee's success.

"It is just a cool experience to be a part of," said Lee. "This is actually a Texas Wesleyan project and it just shines a bright light on the University. As of right now, Truelee is focused on continuing to grow.”

"The possibilities are endless."