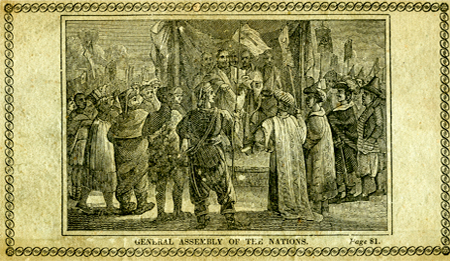 While doing research for one of his novels, Thomas discovered, or more accurately rediscovered, the topic Thomas Jefferson’s anonymous translation of Volney’s Ruins of Empires. Volney’s book was widely read in the United States during the 19th century. George Washington, Abraham Lincoln and Walt Whitman are among the personages said to have read Volney’s Ruins.

What Williams discovered in his research was in 1923 a French researcher found letters between Volney and Jefferson that implied, but did not prove, Jefferson translated Ruins of Empires. Thomas will discuss this discovery of the Massachusetts Historical Society possession of  a manuscript that proves, once and for all, Jefferson’s involvement with this controversial book.

Williams has lived in Europe for more than a quarter century. He’s worked as an accountant, a commodities trader, as a domestic affairs analyst at the U.S. Embassy in Paris and a writer.

The book that lead to this new discovery takes place back in the mid-1990s when Jacques Chirac tried to outlaw the use of the English language in France. That event spurred Thomas to conceive a novel based on three simple words—Napoleon Invades Louisiana. Thomas’ novel—English Turn—is now available on Amazon.