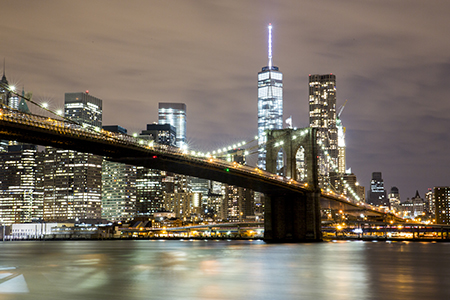 The play will be presented at Rattlestick Playwrights Theater at 7 p.m. on Monday, May 18. Rattlestick's mission is to support emerging playwrights.

"We are expecting more than 40 New York-area Theatre Wesleyan alumni to attend the presentation at Rattlestick," Connie Whitt-Lambert, Theatre Wesleyan professor and director, said. "Our New York alumni open their arms to our students as mentors and are consistently supportive — just like family."

The cast and alumni are invited to an after party hosted by Anne Street '78 at Fiddlesticks Pub immediately following the performance.

While in New York, students will also have the opportunity to tour the city and see a Broadway musical. The group will see Fun Home, which is nominated for 12 Tony Awards including Best Musical, and participate in a talkback with the cast after the show.

Whitt-Lambert says that for many students, the Playmarket trip is their first to New York City.

"All it takes is just dipping your toe in the water to realize, 'I can do this,'" Whitt-Lambert, said.

Graham's Grail is a dark look at the mind and soul of a deeply tormented man and his quest for salvation, and is rated R for subject matter and language.